Report on the trilateral meeting with the project partners in Sofia

Transnational Meeting 5 will take place on 12.10-15.10 in Romania, Bucharest, under the Erasmus + project, Key Activity 2: Strategic Partnerships on “Building an innovative network for sharing game approaches in logistics and transport training”.

The meeting will be attended by representatives of all project partners.

The first official joint meeting of the project participants was held on 31.05.2022, at 14.00 in the “Ceremonial Hall” of the UNWE. It was attended by the participants:

– From the Romanian side: Dr. Ana Maria Costea and Dr. Alexandra Nunweller 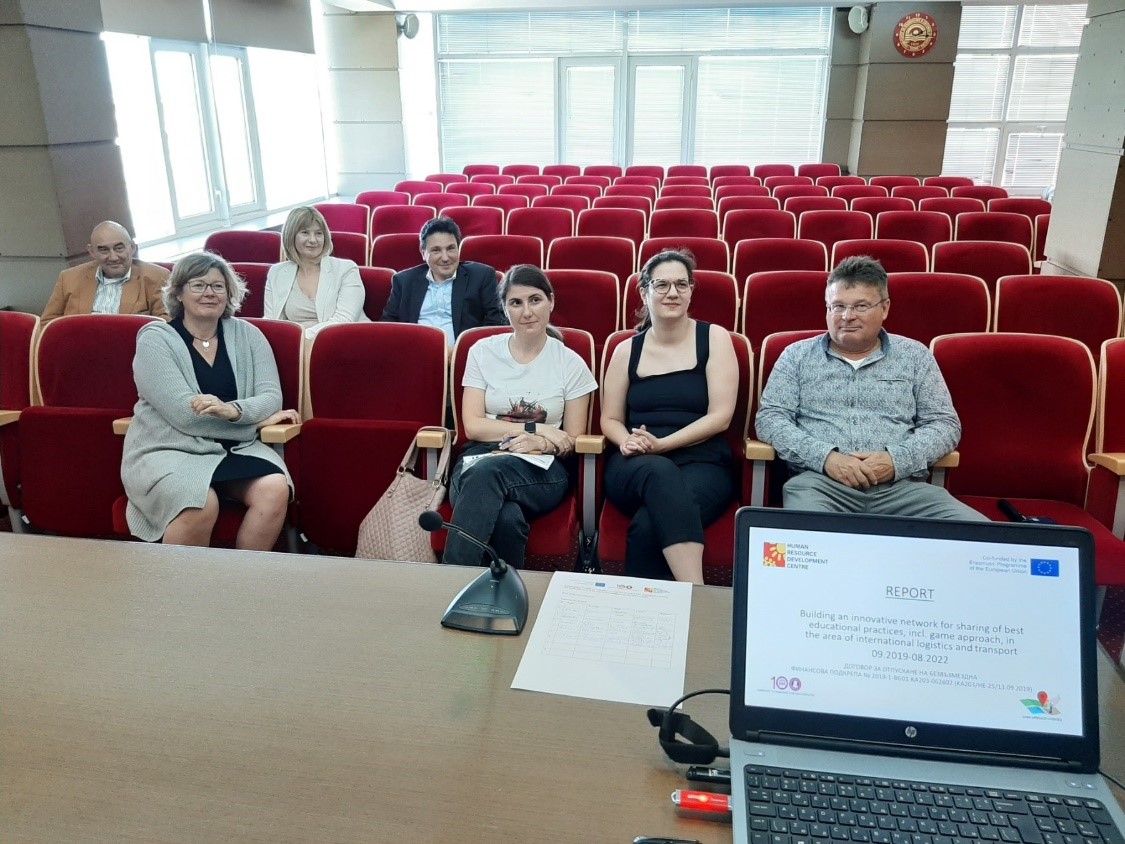 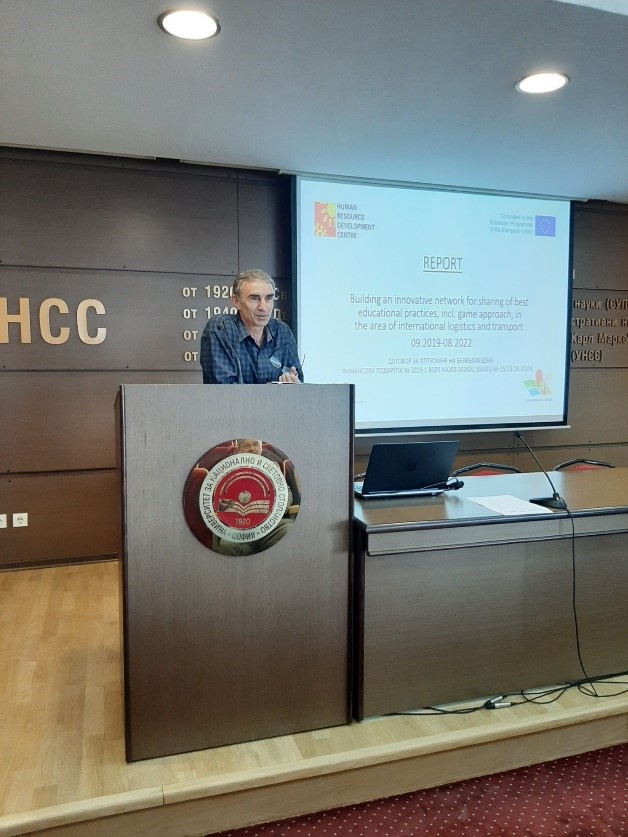 Dr. Y.Tsenkov shared his experience of reporting on similar projects and warned about possible mistakes in the implementation of the upcoming procedure. Prof. H. Nikolova shared her experience of managing such a project and her impressions of the first results. Prof. H.Parvanov concluded the discussions with a suggestion to think about how to put the results of the project into practice more quickly, stressing that after the inevitable end of the war in Ukraine, the reconstruction of the country will come on the agenda, which will require solving many logistical problems, especially in the Black Sea region.

After the meeting, the discussion continued in an informal atmosphere during the dinner organised by the hosts of the event.

On 01.06.22 before noon, the meeting participants continued the discussions. Possibilities for further meetings and participation in joint scientific events were discussed. An agreement was reached for the next working visit of Assoc. Prof. G. Chankov to the University of Heilbronn after the end of the project, in order to disseminate its results and continue the cooperation in new forms, including the organization of a joint scientific conference and the preparation of scientific publications.
After the talks, a short cultural programme was essential: Assoc. Prof. G. Chankov showed the guests the cultural sights in the centre of Sofia. Visited were: the building of Sofia University St. Kliment Ohridski, the St. Alexander Nevsky Cathedral, the St. Sophia Church and the remains of the fortress walls of Ancient Serdika.

After the cultural program, L. Velichkova organized a working lunch for the guests, during which technical details about the preparation of the reports for the meeting were discussed.

On the afternoon of 01.06 Assoc. Prof. A. Marchev and Dr. H. Streit discussed the joint use of game methods in their teaching activities and agreed to share more additional experience in the framework of exchange visits to the two universities. Further maintenance of the website was discussed. This concluded the meeting.

On 01.06.22 before noon, the meeting participants continued the discussions. Through internet connection the project leader Assoc. Prof. M. Vodenicharova took part in all important conversations and answered all questions asked by the project participants.

As a result of the meeting:

– The guests were acquainted with the material and scientific base of the UNWE;

– The communication difficulties caused by the restrictions imposed by the EU quarantine measures were taken into account;

– Agreement was reached on the final form of the final report for reporting on the project results;

– Agreement was reached on the dissemination of the results across the three universities;

– Concrete measures for the practical application of these results were identified;

– An agreement was reached on the extension of the scientific cooperation between the three universities and mutual support of the participants in their scientific careers.

Back
We use cookies on our website to give you the most relevant experience by remembering your preferences and repeat visits. By clicking “Accept All”, you consent to the use of ALL the cookies.
Cookie SettingsAccept All
Manage consent

This website uses cookies to improve your experience while you navigate through the website. Out of these, the cookies that are categorized as necessary are stored on your browser as they are essential for the working of basic functionalities of the website. We also use third-party cookies that help us analyze and understand how you use this website. These cookies will be stored in your browser only with your consent. You also have the option to opt-out of these cookies. But opting out of some of these cookies may affect your browsing experience.
Necessary Always Enabled
Necessary cookies are absolutely essential for the website to function properly. These cookies ensure basic functionalities and security features of the website, anonymously.
Functional
Functional cookies help to perform certain functionalities like sharing the content of the website on social media platforms, collect feedbacks, and other third-party features.
Performance
Performance cookies are used to understand and analyze the key performance indexes of the website which helps in delivering a better user experience for the visitors.
Analytics
Analytical cookies are used to understand how visitors interact with the website. These cookies help provide information on metrics the number of visitors, bounce rate, traffic source, etc.
Advertisement
Advertisement cookies are used to provide visitors with relevant ads and marketing campaigns. These cookies track visitors across websites and collect information to provide customized ads.
Others
Other uncategorized cookies are those that are being analyzed and have not been classified into a category as yet.
SAVE & ACCEPT